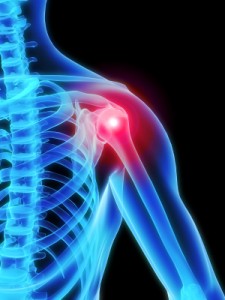 There is no doubt that perhaps a powerlifters’ worst nightmare is a training-inhibiting injury; namely, the type of asymmetrical “bad pain“ that seems to arise at the worst possible time in the training cycle — the part of the cycle where you are seeing the most gains! Some of these injuries include rotator cuff issues, knee problems, and back pain. When these injuries occur, they can ruin the sense of well-being a powerlifter attains from his/her training progress because there is a fundamental training belief that training is supposed to produce strength, not injury. When injured, the popular advice is to seek help from a medical professional.

Of course, the typical next step in a powerlifters’ injury cycle is an often an un-enriching trip to a physician’s office; a so-called “sports medicine” expert. Upon such a consultation, the guru will tell the powerlifter to engage in some boneheaded strategy such as to avoid doing any “deep knee bends” or to not lift heavy and to simply do light weights to “tone”; better still, I’ve heard some say to stop lifting altogether. How would you, the serious powerlifter react to this advice?

Come on — I know all of you have experienced this at least once in your powerlifting career. Let me share some of my experiences with you:

“What the hell’s the matter with you damn weightlifters?” –Guru 2, February 2003

I am pretty sure that I will have a great deal of agreement from all of my powerlifting sisters and brothers that the above advice does not sound like it is coming from a source of empathy; we know that the likelihood of these gurus having ever lifted an object heavier than a small coffee table from Crate and Barrel is incredibly small if not nonexistent. Given this likelihood, should you take their advice? After all, they did go through a great deal of scientific education dealing with immunological healing processes of the body and all types of different cellular pathologies. They must know everything there is to know about powerlifting, right? And of course, we are the (less intelligent) meatheads; the “heavy weightlifters” who grunt and groan and slam weights in the corner of the gym while the gurus are all cranking away on the Precor and prepping their hearts for their stressful six-figure lifestyles of playing golf and dining at Morton’s while maintaining a healthy 26% body fat and a whopping 155lb. bench press. They must be the experts on fitness and exercise and we must always listen to their erudite and scholarly exercise advice, right?

My answer to this question of whether or not to take their advice is, “sometimes.” While it may seem that you should never listen to these folks who are painfully inexperienced in the gym, they are right about some things related to powerlfiting. Perhaps the most common injury to powerlifters that the gurus end up treating is tendinosis. Tendinosis is a chronic condition involving the slow deterioration of the tendon and is not always symptomatic. When the pain (periodically) arises, it is called a “tendinitis.” Tendinitis is when the tendinosis condition has a “flare-up.” For example, in powerlifters a quite common tendinosis is of the bicep tendon. Years of heavy bench pressing combined with other activities such as writing and typing on a keyboard can overwork the biceps tendon to no end, since it is intimately attached to flexors of the forearms and fingers. You’ll know that you have tendinosis when you have your first tendinitis flare up, probably after a series of heavy bench press sessions. The pain may feel like it’s on the front deltoid and will be felt at the bottom position of the bench press, when the bar is on the chest. The inflammation is often exacerbated by heavy benching when the tendinitis is present. Here, the guru will tell you to rest and not bench press; he/she is right .
The only way to heal a flareup of tendinitis seems to be to rest it. By “resting it”, it may mean that you do not do any activities that make it feel worse, such as full range bench pressing, excessive typing, or excessive writing with the symptomatic arm while the inflammation persists. You must be patient; it will get better if you adhere to these guidelines. It only takes a couple of days for a tendinitis swelling to go down.

While tendinitis can be successfully treated with rest and avoidance of exacerbating activity, a tendinosis will probably not go away with resting; no treatment has been shown to reverse the damage on the cellular scale (Erickson, 2002). It is likely the manifestation of cellular entropy. Entropy refers to the chronic deterioration of the body (and of the world!) and is an inevitable process to all people whether they powerlift or not. This is a primary reason why the aging process occurs!

Face it everyone; we are human and we are subject to degenerative processes whether we like it or not. I wish I was a juggernaut just like all of the rest of you do, but it is just not possible. However, just because you have a tendinosis condition does not mean you cannot continue to increase your total over the course of your life span.

The real question then, is what do you do about your training if you get a tendinitis condition without stopping altogether and potentially ruining your progress? The simple answer is, decrease the frequency and volume of workouts! Sorry folks, you may have to stop bench pressing four times a week and settle for maybe one or two.

P.Michael Leahy, one of the founders of active release techniques, developed an equation for tissue insult. It is called the Law of repetitive motion. The equation is I = NF/AR where:

I = insult to the muscle tissues

A= amplitude of each repetition

This equation can be directly applied to training around a tendinitis injury in powerlifting. By decreasing the value of “N” (lowering the amount of total volume/repetitions) and increasing the value of “R” (relaxation time between reps a.k.a. benching only once a week versus four), we will bring down the value of “I” (which is tissue insult or in this case, the tendinitis condition). Yeah, I hate math as much as the next person but if you do the math out, you will find that this is in fact true and really does work.

As a real life example of how this equation works, let me explain how I trained when I was 19 and compare it to how I train now. At age 19, I used to bench press three times a week alternating heavy and light days and doing a Russian-style volume cycle where every workout consisted of at least six sets (very high value of “N” and very low value of “R”). Let me just tell you, this routine works, and works extremely potently. It’s not uncommon to bring your (raw) bench press up 15 to 20 pounds in six weeks time while being supplement and drug free on this program. However, it will more than likely lead to tendinosis because it will pound the heck out of your body and lead to a very high value of “I” (assuming you’re using 80% loads and higher on every set). This is because the scapula are pinched against the bench while lowering the bar down to the chest and pushing it back up again; it’s as if you are crushing the scapula muscles because they cannot move very well unless you have a Hatfield bench (the bench with the upper-back cut out of it for scapula mobility as designed by “Dr. Squat” Fred Hatfield ). It is only a matter of time before you use one side more than the other while pushing a little too often; this will likely result in bicep tendon strain and subsequent tendinosis. Surely, my tendinosis (and therefore tendinitis flare-ups) started developing at age 21. I soon learned that the flare-ups would go away when I would only bench press once a week (by decreasing N and increasing R). My strength would still go up by the end of the cycle 15 to 20 pounds, but it would not be as quick as when I did it in six weeks time. But now, I do not get flare-ups anymore from bench pressing because I only bench press twice per week with only three sets each workout instead of six and I am still getting PR’s at age 30 whereas many of my contemporaries from my teens and 20s are retired from the sport because of injuries that they never bothered to correct.

In summary, when you get a pain from lifting that seems to be persistent on one side and not the other, you should in fact see one of those scrawny gurus mentioned earlier and make sure that you don’t have a truly debilitating injury. If it is a tendinosis/tendinitis, you now know that by decreasing both the volume of sets and the frequency of workouts (the N) and increasing the rest time (the R), you can likely continue your heavy and intense lifting cycle and make the same gains as if you trained like a knucklehead (like me at 19). You also now know that you do not have to listen to the quackery that comes out of some gurus’ mouths, such as the advice to stop lifting. If you are a true iron- blood individual, you will do what it takes to train around whatever injury you may sustain and continue to make gains on your total throughout your lifetime.