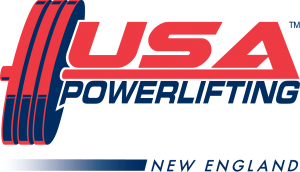 Over the last year USA Powerlifting has seen some tremendous growth. As of year’s end the organization had 15,026 members in 2016, that is up from just over 10,000 in 2015. The membership numbers in Massachusetts were up to 665 with a growth of 37%, we also have one of the top Teen/ High School memberships in the country. Here is the year in review for 2016.

January started off the year with two meets in the same weekend. First, the St. John’s Classic which is an all high school meet. There were 50 lifters at the meet, as the high school season was just beginning. This meet was attended by eight different schools and had some great lifting with several battles for placing. This included stand out performances by St. John’s High School lifters Nathaniel Lee and Jacob Morgan, as well as Boston Latin’s Michael Yee.

The next day at the same location, St. John’s High School in Shrewsbury, the inaugural Worcester Open took place. This meet had about 25 lifters including the return to the platform of Ron Paull, whose family had been very involved in the early years of the ADFPA (now USA Powerlifting) in Massachusetts. Outstanding performances by multiple time national team member Luis Jaimes, Cody Giampa who qualified for nationals, and Kelsey McCarthy with a 520kg total at 72kg.

In February there were two meets, the Elite Sports and Fitness High School Meet on the 7th and the Winter Classic on the 27th-28th. In the Elite meet there were 36 competitors, the meet was run by Zac Cooper and hosted at Elite Sports and Fitness in Middleton. There was another outstanding performance by Jacob Morgan and Franklin High’s Matt Boyle qualified for nationals.

The Winter Classic was a success, and it has quickly become one of our most popular meets on the calendar, spanning two days. As usual the meet was heavily populated with college teams as it was many lifters last chance of qualifying for nationals.

Locally in March we held the 6th Annual Ryan Moore New england Open High School Championships. We have held a high school championships in Massachusetts almost every year since 1984. This was our largest Ryan Moore ever with over 130 lifters and too many excellent performances and American records to name individually. The overall team trophy was won by St. John’s High School.

In May, locally we held the join Massachusetts and Rhode Island State Championships during Memorial Day Weekend at Next Level Fitness in Johnston, RI. This meet has become so big over the years and this year we had over 200 lifters compe. Men’s best lifter was Nicholas Guidance from NH and Women’s best lifter was Samantha Cohen. In the future our state meet will become a closed meet, meaning only Massachusetts residents will be allowed to lift, this will go into effect either in 2017 or 2018.

In June the Special Olympics took place at Harvard University. This event would not be run so well without the great help of the Northeastern Powerlifting team and the countless other people that help. Special Olympics and the IPF are now official partners so please consider volunteering to help in the future.

In December we held the New England Open at Next Level Fitness in Johnston, RI. We had over 200 lifters compete over two days on two platforms. We are trying to get this meet to rotate through the New England States,and it is our hope it will be held in a different state at the end of 2017. Best lifter awards went to Matt Tedeschi and Megan McClorey.

Collegiate Nationals was held in Providence, RI, which marks the first time it was held in New England. There were over 600 lifters for the whole weekend. If you have never been to a Collegiate Nationals meet I highly suggest you attend one as it is the most exciting meet in all of powerlifting. The Northeastern University Women’s team won the raw team division.

We had one of our biggest turnouts for Open Nationals in Denver with 14 lifters during May. The Massachusetts women’s team came in second and Massachusetts combined team placed second. National Championships were won by Eric Kupperstein, Paul Mears, Kelsey McCarthy and Liane Blyn.

At Bench Nationals we had three lifters with Karen Blessington winning a national title.

While at the 2016 Raw Nationals in Atlanta, USA Powerlifting held the largest powerlifting meet ever with over 1100 lifters and Massachusetts turned out for that championship. There were almost 30 Massachusetts lifters at that meet with Eric Kupperstein winning a Masters National title.

On the international stage there was the Arnold during the first weekend of March with four Massachusetts members lifting including Eric Kupperstein, Lodrina Cherne, Shaina Petit, and Joe Cappellino.

At Bench World’s, Luis Jaimes and Karen Blessington competed with Karen taking home a bronze in the masters class.

At Classic Worlds in Texas, Eric Kupperstein won a world title in the masters division.

The last big event was Open Worlds with huge performance by Liane Blyn and Joe Cappellino. Liane won her second world title, something that she has been striving for since her last World title win ten years ago. Joe, a last minute alternate to the team after a last minute injury sidelined another member, placed second had a huge squat of 455 kg.

As we push forward into the new year we hope to see continued growth and more successful meets. My co-chair Liane, took a position at Appalachian State in December. Massachusetts (and powerlifting throughout New England) will sorely miss her passion and involvement. That being said, I will be the sole state chair for the remainder of my term.

Most of the meets that will be held this year will directed by Michael Zawilinski through Mass-Lift. As the sanctions come in and venues are booked we will update the calendar.

One big announcement is that we will be holding the Northeast Regionals at the Holiday Inn and Suites in Marlborough, MA on August 19-20. Details will follow soon.

Thank you to all the lifters and support staff behind the scenes that help create such a successful year.

Thank you and Happy New Year,